The Ferrari of Mammals

I have travelled all over the world in quest of seeing and photographing wildlife. However, there are a few species which in my mind stand out, and one of those is the leopard. Every time I see a leopard I get goose bumps all over my body – the adrenalin rush is intense! I have spent the last week in Kruger National Park in South Africa. Heavy rain this summer had made the grass very tall, thus searching for the elusive cat was more challenging than ideal. Parts of Kruger has the highest density of leopards in the world, and despite the difficult conditions this year - we managed to find five different leopards. We even saw a female with a newborn cub. Even though the leopard is rarely seen, it is actually widespread all over Africa and most of Asia. Maybe surprising to many, it is also fairly common outside the national parks. It is one of the very few predators in the world that on a regular basis kill people. Even so, the leopard is a highly respected and honoured animal, maybe strangely, it is in the areas it kills most people that it gains most protection.

The leopard is the master of all senses in nature. Stealthful yet large, fast yet silent, powerful yet gentle, camouflaged yet colourful, beautiful yet scary. It is the ferrari of all mammals. Please have a look at my images from last week, and you can make up your own mind. 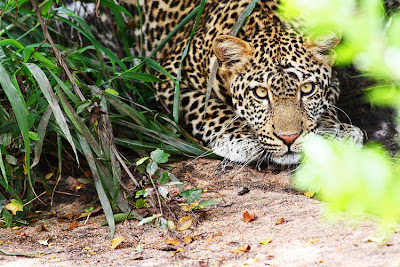 A leopard crouching together, in hope of not beeing seen. I can just wonder how many times I've actually been watched by these intense eyes in the African bush.... 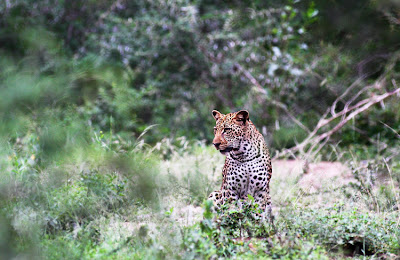 A young male leopard watching a nearby flock of impalas, and is ready to start its evening hunt. The impalas of course, have yet no clue about the spotted cat watching them. 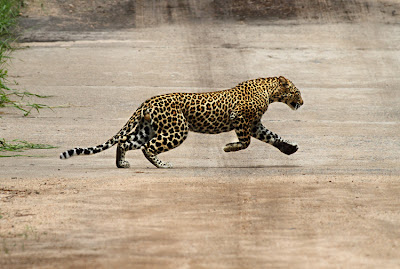 The leopard might look lazy and relaxed some times, but when needed, it shows the power and speed for which it is built. 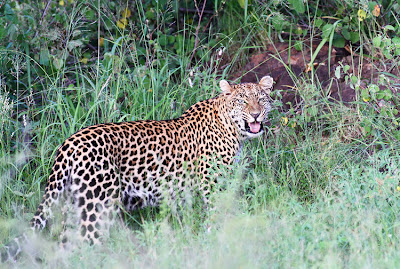 By coincidense, we came across this leopard. This female actually hides her newborn cub between her front legs as the image is taken. Unfortunately for the photographer, she never lifted her offspring high enough so it came clear of the tall grass so I could photograph the rare event. 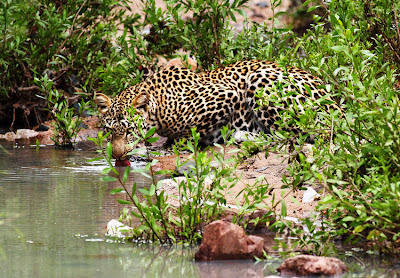 Careful, silent and well camouflaged,yet still perfectly aware of the photographer - the leopard takes its risks because water is a vital resource also for these cats. A forest stream in the African bush, makes a perfect setting for the natural scene.

In the January issue of the Nordic nature photo magazine, Natur og Foto, there is an interview about me and a small portfolio from my work. Even though the magazine is only about one year old, with its 12500 prints it has turned out to be one of the most popular photo magazines in the Nordic (Norway, Sweden, Denmark) and it is a real honour to be portrayed in such a high quality magazine!

The magazine can be purchased in magazine selling kiosks in Norway, Sweden and Denmark, or you can become one of the other 3000 subscribers at their web site: http://www.naturogfoto.no/