I remember the very first time I came to Svalbard. It was 6th June 2001. As many of the other people visiting Svalbard, one of my biggest hope was to see the Ross’s gull. After all Svalbard is part of the Arctic, and the ross’s gull is an Arctic species.

Many years have passed since 2001, and I have visited Svalbard virtually in every one of them. I have searched the flocks of kittiwakes, I have searched south of Svalbard, east of Svalbard, west of Svalbard, north of Svalbard, in the sea ice, outside the sea ice. In summer and winter, in autumn and spring. I have even searched some of the remote eastern shores of Greenland, but I’ve never seen a ross’s gull (apart from the one bird I saw in southern Sweden in 2002). Every year, herds of tourists are visiting Svalbard, many of them birders, and apparantly many of them see the ross’s gull on their brief visit. Why not. After all, they are visiting the Arctic, and ross’s gull is an Arctic species. What I have always found very strange, is that despite more cameras than ever before are coming with these human visitors there has as far as I know not been a single one of these ross’s gulls that have been documented since 2001. You have probably guessed already, since I have bothered to write this blog that this has now changed.

Frankly, I started to think that ross’s gull was one of those species that only exists in bird books. I’ve almost given up my hopes for this species, when I suddenly saw a very peculiar marked bird flying along side our research vessel. The flight was actually not very much different from a kittiwake, but the markings were a give away. A beautiful juvenile ross’s gull! Outside the window I have so many times before looked through in the hope of seeing one. Here it was, alone but not lonely. The gull was soon joined by a kittiwake, and then I could appreciate the size difference between the two. A few minutes went by, and as it left us into the horison westwards I couldn’t help thinking that this was nothing like I imagined the jizz of a ross’s gull. The plumage I just had seen is actually not illustrated in any bird book – not mine at least. So I had to look at my images carefully to double check. Yes indeed – a juvenile ross’s gull.

A couple of blue whales later and a few days had passed – north of Svalbard somewhere I was still smiling from the nice ross’s gull observation when I again looked out the window. Two ross’s gulls! This time, they behaved much more like I’ve always pictured them in my head. Very swift, elegant, and throwing themselves from side to side rapidly changing directions. They reminded me not at all about kittiwakes, but much more of pratincoles hunting for insects. Even though these birds where exactly similar patterned as my first one, they gave a very different appearance and experience. Best of all – I managed to document them all J 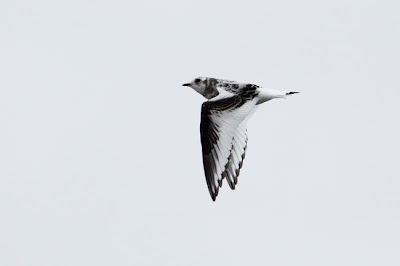 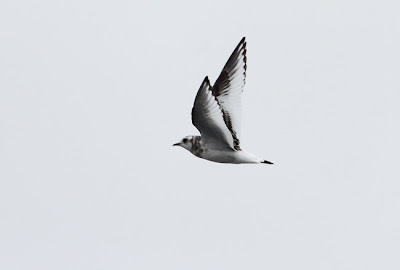 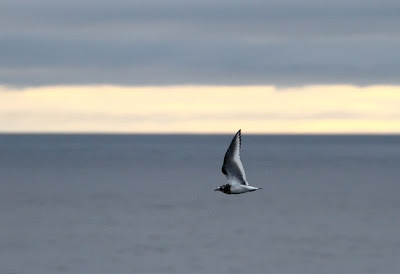 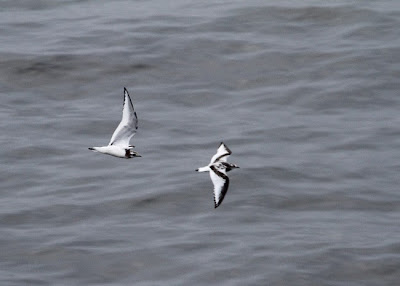 It seems to be an exceptional good year for the species in Svalbard this year as two other obersvations have also been reported and documented. One from June and another from August - both concerning single adult bird.