The first month of the year, I have barely touched my camera. Office work and planning the year ahead has unfortunately taken most of my time. It is a bit ironic that when you try to make wildlife photography a living, one need to spend at least half the time behind a computer preparing and promote your images. During this frustration, it is good to look back at images and field trips and remind yourself that life as a photographer is pretty nice afterall.

About exactly a year ago, I returned from one of my most exciting travels I've ever made. Madagascar is a treassure for those that are interested in nature. During my visit there, I did a lot of nightspotting and this was the first time I tried seriously taking picture during the night. As anyone that has ever visited a rainforest knows, it is a very different world that appear after dark. Well worth exploring - so is playing with lights, and I found that often you get a much more interesting image just having a strong torch instead of using the flash. Here are some of my first nocturnal rain forest images. 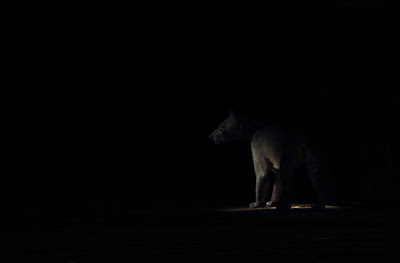 A fossa is the largest land predator in Madagascar. Only maglight used to enhance the predator look. 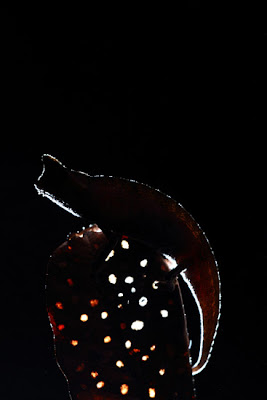 A Brokesia, one of the smallest chameleons, that is flashed from behind. 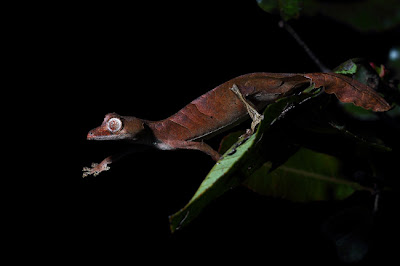 This is one of the rain forest's most saught after creatures, a satanic leaf tailed gecko. As its scientific name Uroplatus phantasticus indicates, it is really a fantastic experience to see it! 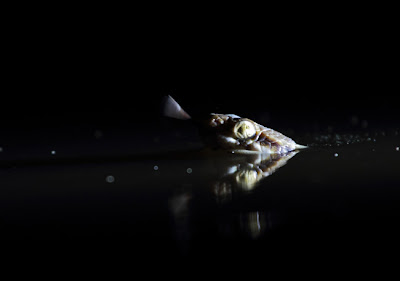 A snake swimming, only showing its head to navigate. A strong torch as the only light source. 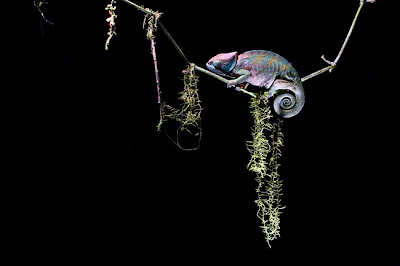 For this beautiful chameleon, I've used a combination of a strong torch from underneat/behind and weak flash from the front. I wanted the colours in the moss that hangs down from the branch to be enhanced through some backlighting.