The size of a marabou

Using contrasts in your composition, is sometimes a good tool to help you tell a story with your image. Contrasts can be used to enforce your punchline in the images as well. In these images taken in Ethiopia, I use different bird species (which actually are not that small) to give a scale that helps the spectatour to understand how big the marabou really is. It's one of the largest bird species on this planet. The upper one shows marabou and white-faced ducks, and the lower one is of a black-winged stilt and the marabou. The variation within the bird fauna never stops to amaze me. 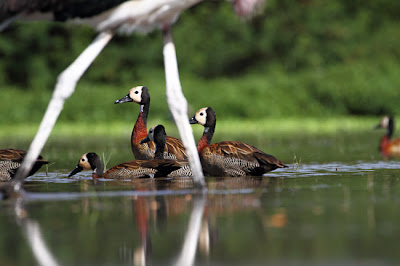 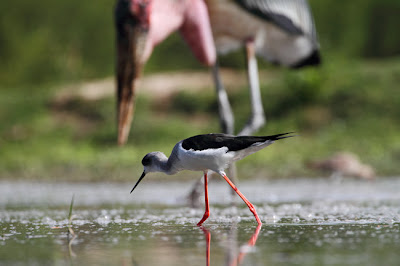 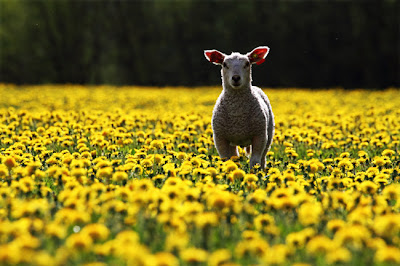