Båtsfjord in Northern-Norway has long been considered one of the best places to photograph the king eider (praktærfugl) and steller's eider (stellerand). These two bird species are so colourful, that they easily match any exotic rainforest bird any day and has always been high on any birdwatcher's "want to see" list. The birds breed in Siberia, and start to arrive Båtsfjord in late November. The number reach a climax in early February. The small company Arctic Tourist has for a few years offered boat trips around the harbour and out in the fjord to see and photograph these birds. Arctic Tourist has now improved their service, and are offering a floating hide to get even better pictures. I spent a few days testing this hide last week, and from the very first minute I was very impressed with how well it works. The birds simply didn't care at all, and many times I had both king eiders and steller's eider within one meter distance! The hide is mobile, and we tested different locations and back grounds. I think we found the best spot at the end, even though the back ground might feel a bit tight at times there are a lot birds to choose from. A steller's eider female had her favourite dive spot just four meters away. All day I was companied by about 40 king eiders, 60 long-tailed ducks (havelle) and 10 stellers ducks. Grey seals often popped their head up as well, but were usually on a bit longer distance.

The hide is not a luxury one, but has room for two and you can choose between openings so you can sit comfortably on a chair taking pictures from about 1 meter above sea level (easier for flight and action), or you lay flat on comfortable sleeping mats and reindeer skins (to keep you warm) and use the lower lids where you are only about 30cm above sea level. For these lower ones, I highly recommend an angle view finder on your camera to avoid a stiff neck. The hide is built like a small hut, and you are sheltered from the weather but it is non heated.

Arctic Tourist is building new hides as we speak - a bigger one for 8 people is planned as well as one that you can drive around in with the help of an electrical outboard engine. It remains some testing to see if this works well though.

Båtsfjord is well north of the Arctic circle and lights returns in late January. Arctic Tourist plans to start their bird hide season from 1st February until some time in early April when the birds migrate to Russia. I was there mid Februrary and the daylight hours were from 0730am - 1500pm. Early February has more birds, but less behaviour. March has less birds but more displaying birds which is an advantage for more interesting behaviour shots. Båtsfjord is a very small fishing village, but there is both a hotel and nice motel in town as well as an airport and a number of food stores.

I can highly recommend a visit in the hides of Arctic Tourist. For more information, please see the website: www.arctictourist.no. They also offer other trips in the area such as king krab safari and trips to the famous bird cliffs Syltefjordstauran during summer. Below are a few of the images I've taken the last week from the hide. 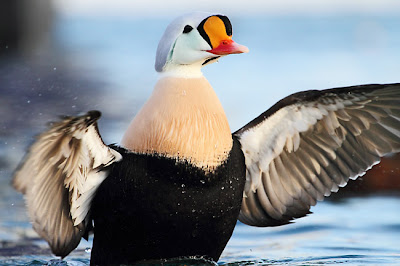 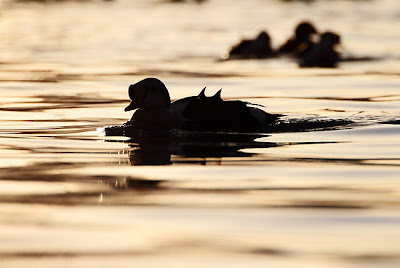 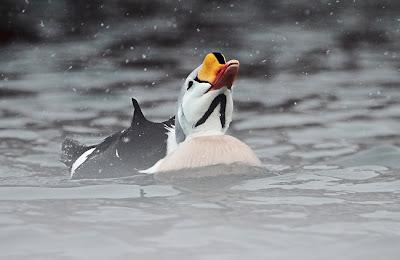 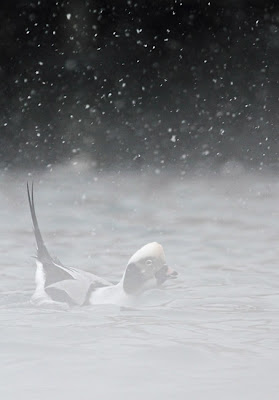 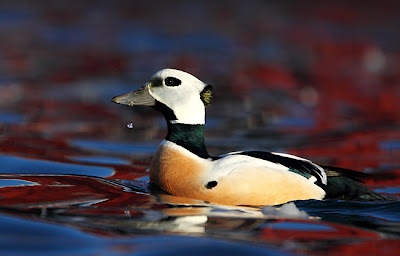 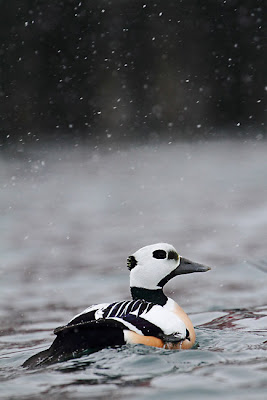 Droplets and a Swan

Finally I got a few days away from my computer, and time to do some photography. Only the local swans and ducks in my garden and in the town, but good to see the scenery through a viewfinder again. Below are two of the local whooper swans (sangsvane) portrayed as a cloud of droplets drifts by. 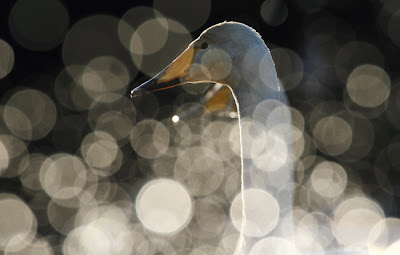